← Our Mystical Rapture
The Vibrational Power of the Light →

The Mystical Marriage of Spirit and Matter 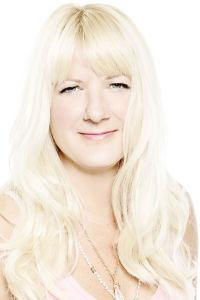 Of all dimensions in the Multidimensional realms of Pure Being, the mystical conscious awareness of the Dream is the pronounced awareness of Supreme self-realized self-awakened Consciousness Embodying Form on Planet  Earth. The self-realized conscious Being State in all of its Purity is the Heaven on Earth, that fulfills the dream of itself, to itself. This embodied consciousness is the Mystical Marriage of  Spirit and Matter, Masculine and Feminine, into One.

In the Unified Balance which embodies the opposites, the masculine and feminine, is The Wholeness of Being, the consciousness of Creation itself, the Heaven and Earth, the Within and Without, Fulfilled, Completed and Whole. Being the Whole, Impacting the Whole, in the playing out of the Dream, is the Mystical Unification of All Opposites, that is the experience of Uniting in All moments, everywhere, throughout All Dimensions and Parallel Worlds of embodied Awareness ~One Harmonious Wholeness of Pure Being.

What appears as Mystical in any conscious embodiment of Soul Consciousness, is the Natural State of Being, that is conscious  of Itself as Whole, Unified and Complete, in the Cosmic and Universal Awareness of the Wholeness of All That is.

The Mystical Marriage, is the Alchemical Experience and therefore Knowing and “Being” of this Union, which is the Inherent Balance of Wholeness throughout all of Creation, as the Conscious Embodiment of Creation Itself, Masculine and Feminine as One.  In this Purest ~ Original State of Pure “Being” is the consciousness of the State of Being that is conscious of “Emanating Itself” in this Whole Union State of Being (Masculine and Feminine as One~ Heaven on Earth) emanating from the Timeless, Spaceless Void and “Being- Presence” that is the aspect of Creation, that Creates ~ Creation. Where all things emerge as Creation itself.

Rest Consciously in the Pure State of Being ~ That is Empty and Whole, that is Present and Knows itself as Pure Presence, that embodies this “Emerging” as Itself, Creating as the Embodiment of Creation.  Merging from within as the Alchemical Marriage and Union of All Opposites, Spirit and Matter as One, is the “Being” the Mystic and the Dream, conscious of All in all Moments of Being “Pure Being” itself. The Masculine and Feminine as One, Heaven on Earth, Embodied as All That is ~as The Wholeness of Creation “Being” on Planet Earth.

In this Pure Whole state of Consciousness Being the Emergence of the Emanation of Creation Itself in All Moments,  I hold You.

← Our Mystical Rapture
The Vibrational Power of the Light →