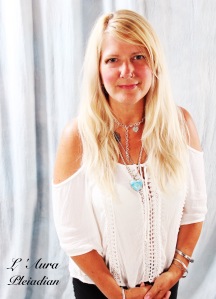 This 4th Blood Moon, part of the Lunar Tetrad, is the 4th Lunar Eclipse which began on April 14th 2014 and continued on October 8th 2014, April 4th 2015, and now the final and 4th Blood Moon occurring on September 27/28th, 2015. The Total Lunar Eclipse turns the Moon a red colour which is scientifically termed Rayleigh Scattering.

All of these Blood Moons have occurred on Jewish Holidays, which has led many to believe in predictions of Major Events taking place on this 4th Blood Moon. This rare Blood Moon is also a Supermoon, with the Moon at its Perigee, that is, close to the Earth, when it turns into a Full Moon.

The Total Eclipse/Blood Moon  will take place on September 27th and be Totally visible in Halifax NS starting with the Partial Eclipse at 10:07 pm ADT with the Maximum Eclipse at 11:47pm ADT (when the Moon turns Red) and at 1:27am ADT on the 28th of September the Lunar Eclipse/4th Blood Moon will be over.

The Full Moon in Aries occurs on September 27th at 11:50 pm ADT. The Full Moon is a Culmination and a Completion of that which began on the New Moon. With the added impact on the Subconscious with the Lunar Eclipse shedding even more Light on the deepest hidden aspects of the Subconscious Mind, including the collective impact of being the 4th Blood Moon, what we have here, is the reflection of super charged MAJOR Changes, endings, and Shifting in Consciousness, on a Mass Level.

Aries is all About Taking Action. We have the Fiery Energy of the Full Moon allowing the Shift in consciousness to be Bold. Add this Power to the 4th Blood Moon/Lunar Eclipse in Aries, and we have added POWER to complete, to end, to clear, to change, all that was Hidden subconsciously, to NOW be BROUGHT to the LIGHT of Consciousness.

With Mercury in Retrograde, we have the added impact helping us to enter even more deeply into the INNER World of Consciousness.

The Idea in Mass Consciousness of Being separated from All That you Are, beyond time, is what is ending. And the waiting to experience, all that you Are.

You are already Ascended and are Masters of Form~ In No Time. Yet the Experience and Expansion in the AWARENESS of Consciousness BEING Masters and Creators, is what you are flowing INTO CONSCIOUS AWARENESS OF. This is 5th Dimensional Consciousness. This already exists.

Accept the Now Moment, let go of the old paradigm of waiting, of living in the past or future, that never arrives. And How could it? It all was created NOW. And Enter 5th Dimensional Consciousness through ARRIVING AND ACCEPTING NOW.

5th Dimensional Consciousness is experienced in the Now. I am Now Ascended, I am Now Free. I have Arrived. I celebrate the Now Moment.  Make a Conscious Choice to let go of the Old Paradigm of forever waiting, and step into the Acceptance of All that you Are, and be Birthed into your 5th Dimensional Conscious Awareness Now. There is Nothing to Wait for, and it is only the letting go of waiting through time, that you become FREE.

With the MOMENTOUS powerful impact of this 4th Blood Moon, allow yourself to step out of the OLD Paradigm, and choose to ACCEPT  and Live in the NOW Moment.