← Are you Consciously “Being”
Our Mystical Rapture →

Awakening at the Dawn of the First Civilization was the Profound Being and Harmony that existed as life on Planet Earth. Many would know this to be the Garden of Eden, the profound bliss State of Being, that encapsulated the Hearts of all Beings everywhere.

As the playing out of Divinity itself, through the Creation of Form, a New Playing Ground of Experience, Began. This marked the beginning of Newness in Consciousness, which began the experience of time. All things created were created Perfectly and everyone Lived in Great Harmony with a deep reverence of Being, that filled all Hearts.

The Creators of Form, the regulators of the Universe of Form, Designed and created the Blueprints of All of Creation. When Beings in Form existed in Harmony with the Design of Creation, Abundance and Bliss and Love was the experience of Being in Form. This is the Natural State of Being. This Child Like Purity and Bliss existed on Planet Earth as the awareness of experiencing Divinity as Pure Being ~ Playing in Form.

Now as you approach the New Conscious Awareness of the Return to Pureness of Being in Form, recognize within you, all that you were created to Be, is this Pureness and that you have never been apart from this. Ease and Flow, Playing, Freedom of Being in this Bliss State, is the Natural State of Being in Pure Consciousness.

Letting go of All things that have felt like your security for being on Earth, is the freedom state that exists within the conscious awareness of the Union, that you have never been apart from.

The sense of needing security is the attachment to the “appearance” of form, which functions as opposition to the Truth of Pure Being.  The lifting of the Veil, reveals the knowingness of what truly is real, and reveals consciously what the experience of the playing ground of form, really is, and was created to Be.

Letting go of the chains of consciousness that appear as security but really function as separation consciousness and suffering, is the self-realization, that All you have ever been, you are Now, and  in every moment. There was nothing to hold on to, only to let go of.  This letting go, is the surrender to the truth. To Pureness of  Being.

As you let go consciously of your attachments to the appearance of form and labels, and As the feelings of fear appear before you, recognize that fear is the functioning of the role of opposition, that lives as separation consciousness through free will, that exists only to attempt and seduce those; who are willing to turn away from the Original Child Like Nature of Freedom, which is the Harmonious alignment with the Design of Creation and Divinity itself.

There is always the conscious choice Dear Souls, to live the Path that you are Living or not. To live in the Truth of Being, or to be seduced into the Fear state of separation consciousness, and live outside of the Natural Way of Pure Child Like Being, which lives as Divinity Itself.

Look in every moment at the conscious direction of your Focus and attention, as it plays out your choices before your very eyes. Be very mindful, of your consciousness that exists, as the playing out of your experience in form on Planet Earth.

This Earth Day, recognize the creation of Form, includes Planet Earth and Your Experience in Form, which is your conscious Creation. Consciously recognize this, as you walk through your life in All moments, and know that you have never been separated from your True Original Pure Being.

Have a Sacred Day of Being ~ your Purity of Divinity in Form! 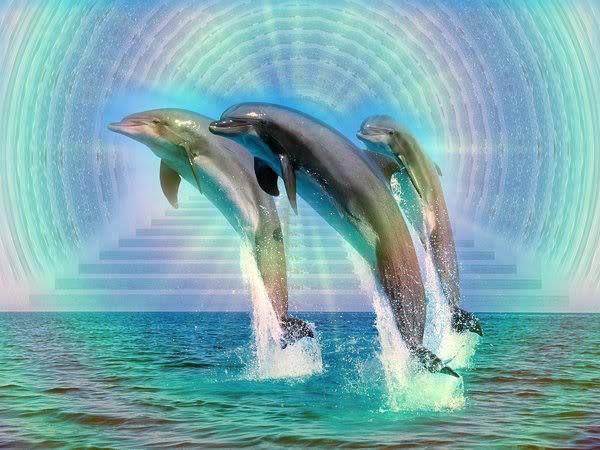 ← Are you Consciously “Being”
Our Mystical Rapture →